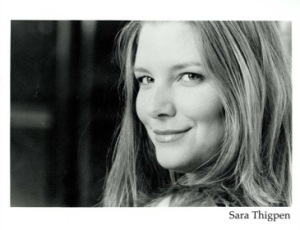 I’ve asked people in the extended Boomerang family to write their thoughts about Indie Theatre and why they do what they do. Sara Thigpen recently starred in Much Ado About Nothing as Beatrice, and last summer directed our acclaimed production of The Tempest. Here, she tells us what keeps her coming back for more…

Every time I enter a theater, I still ask that question.

Theater at it’s best, connects us with stories and characters. Asks questions. Answers questions.Creates community. Sparks imagination. Give voice to the voiceless. Holds the mirror up to nature, and I’ll be damned if I’ve seen myself or my friends or our questions and concerns on most of these excessively bedecked raised stages – with $100+ ticket prices.