It’s almost 2014, and we’re super excited to announce our first events for the New Year. 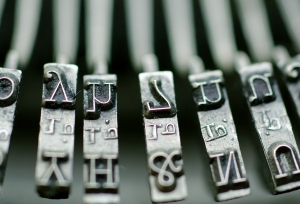 On January 12th, Boomerang will present two readings of exciting new plays. More details on casting as we get closer, but mark your calendars!

Sunday January 12th at 3pm
EXIT ZERO by Shelley McPherson, directed by Ric Sechrest
When Chantelle, an African-American “shoobie” (tourist) becomes a summer tenant in the run-down, South Jersey Shore home of Tim, a young tatted-up father, and his conservative grandparents, the status quo is upset and their lives are changed forever.

Sunday January 12th at 7pm
VAN GOGH AMONG THE HIPSTERS by Larry Kunofsky, directed by Tim Errickson
Vincent van Gogh, an unknown 19th century painter, sets out to make it in the big world as a major artist, and winds up in Williamsburg, Brooklyn in 2013. Hoping to set up an arts colony among the bohemians and demimonde there, he encounters… nothing but a bunch of hipsters! Will Vincent be okay in the twenty-first century? Will we treat him any better than they did when/where he came from? Or will we just look him up on Wikipedia, realize he’s kind of a big deal, buy him an absinthe, break his heart, and then just forget all about him? Perhaps in order to understand our past, we have to look in the mirror today.

Both readings are at ART/NY (520 Eighth Avenue, 3rd floor) in the Bruce Mitchell Room
Admission is free, with a $5 suggested donation.
For reservations for either readings, please email tickets@boomerangtheatre.org