For anyone who hadn’t seen the remarkable artwork for LOVE’S LABOUR’S LOST, here it is again. Stefano Imbert has outdone himself this season, which includes this piece and the art for A MIDSUMMER NIGHT’S DREAM. LLL is directed by Boomerang Associate Artistic Director Cailín Heffernan. 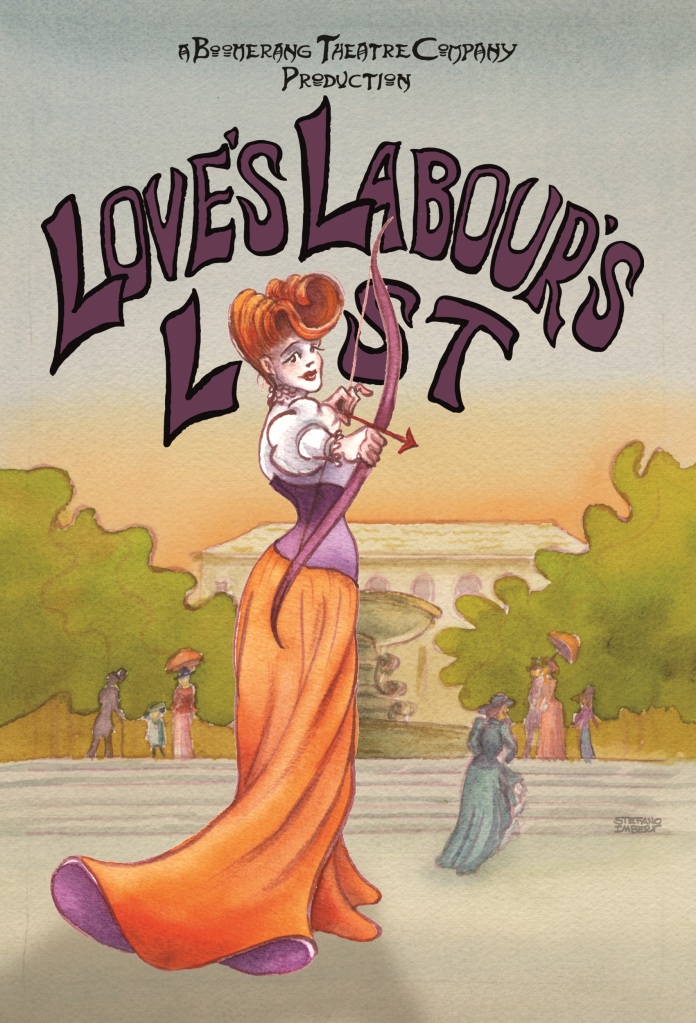 Would you like to make a donation to support the show? We value your financial support now more than ever.
Thank you in advance!