Thank you to everyone who has contributed to our 20th Anniversary Holiday Campaign. We’re off to a great start, and there’s still time for you to join the team. Take a look at this great new video below asking for your help to support New Play Development.

We’re asking for donations of $20 to support our 20th Anniversary.

One of the major programs you are supporting during our 20th Anniversary are our New Play programs. Check out this short video about why new plays matter.

Our new play programs make a huge impact by creating an artistic home for many playwrights. Thank you in advance for your support! 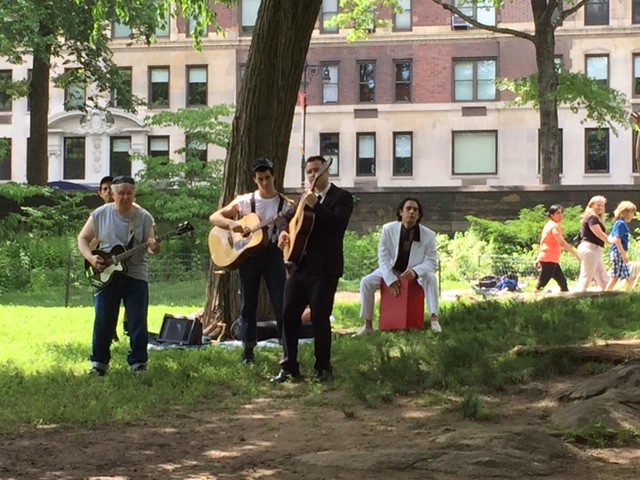 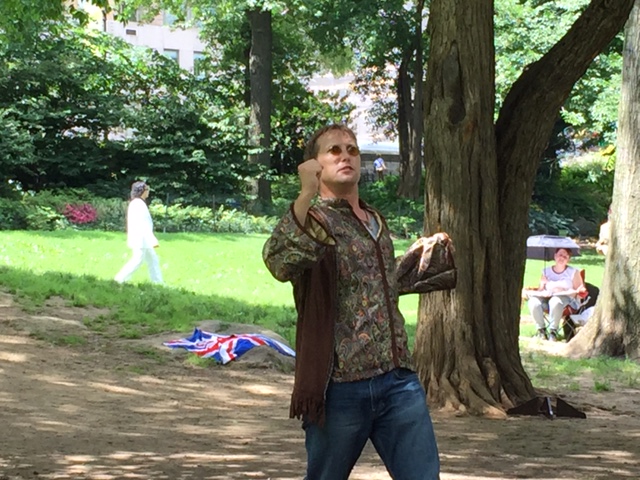 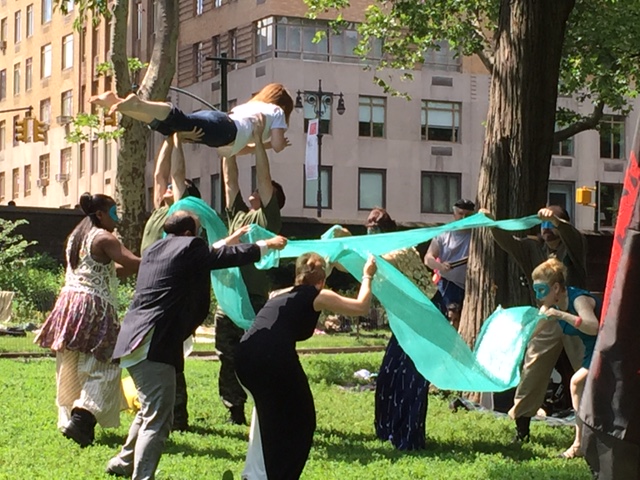 Annalisa Loeffler is one of the stars of Boomerang’s CYMBELINE (running thru July 19th), playing the role of The Queen (so evil, she doesn’t even get a first name!). Previously, Annalisa had been seen in Boomerang productions as two other famous royals: Gertrude in HAMLET (2012) and Titania in A MIDSUMMER NIGHT’S DREAM (2014). She answered a few random questions for us while gearing up for the final four performances of CYMBELINE…

How many Boomerang shows have you done? 3 (Hamlet, Midsummer, Cymbeline)

Tell us a little about The Queen: The Queen is a full-on sociopath: charming, disarming, deceitful, manipulative, win-at-all-costs – right down to the abuse of animals as a precursor to that of humans! – and like most sociopaths, assumes (mistakenly) that she is the smartest person in any room and has got everyone fooled.  And this is centuries before psychiatrists/psychologists would even identify this as a personality type!  Shakespeare really knew about sociopaths – his best one, of course, being Iago (perhaps the greatest sociopathic character ever written for the stage).

What is your favorite thing about working on Cymbeline? Favorite thing about working on Cymbeline?  Arrrgh!  That’s hard!  First of all: it’s SHAKESPEARE – ’nuff said right there, really… but, okay.  Ummmm… I think it is that our director, Cailin Heffernan, has created a production in which we all get to bring all our talents to the table – instrumental music, movement, song, dance, stage combat, dialects – and that we’re all using them all the time.  The Queen only has a handful of scenes, but I’m working the entire show in various capacities – we all are – and I love it!

What’s your favorite place in New York City?   Favorite place in NYC?  Brooklyn Botanic Gardens – I love it SO much more than the New York Botanical Garden in the Bronx.  I love the lilacs and magnolias in the spring (cherry blossoms are nice, too, but the lilac and magnolia scents remind me of home), the Blue Moon rose in the summer (yummiest smelling rose EVER), foliage colors in the autumn, and the bonsai museum and other pavilions in the winter.

In keeping with the spirit of economy, can you give us your 6 word memoir:   Sci-fi fanatic actress timehops via theater. 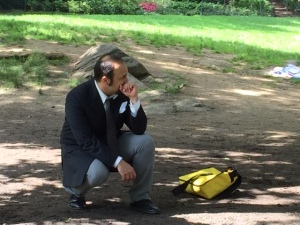 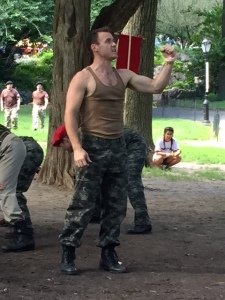 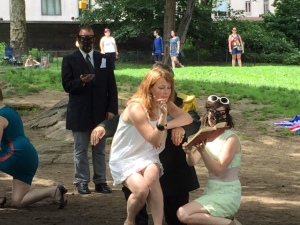 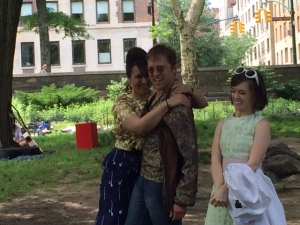 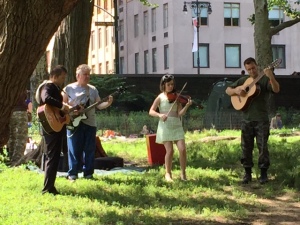 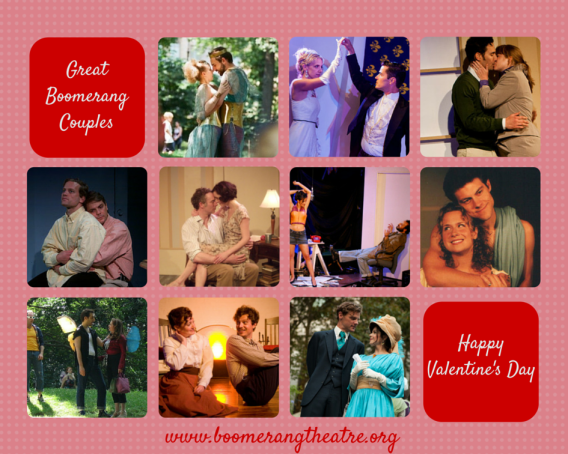 When looking back on our year at Boomerang Theatre Company we have been thrilled to have had the opportunity to:

And none of this would have been possible without YOU our generous donors and supporters. This year your support has been invaluable in paying for everything from rehearsal space to period costumes, to compensation for all of the incredible talent we’ve been able to bring together. We are so grateful for those of you who attended our shows, donated to our campaigns, and spread the word on social media. We love making great theatre for you and we’re excited to make even more in 2015.

In the coming year, we plan to:

And we hope that you’ll be a part of all of this with us again. As we close out 2014, we look to you our supporters to help us continue the work we’re doing.

That’s why we’re asking you to consider making an end of the year donation to the company so that we can continue this great work.

We know that this time of year your inbox is usually loaded with requests for support, and we appreciate you considering us in your end of year giving process. We have an ambitious season ahead of us and we’re counting on your support.

Won’t you join us in making awesome theatre in 2015?

You can make so much happen by simply clicking here.

P.S.- Your support really does make a HUGE difference! Again, you can donate quickly and easily by clicking HERE

Folks…we don’t want you to miss one of the final two performances of A MIDSUMMER NIGHT’S DREAM this weekend in Central Park. Please join us!

Admission is Free!
No tickets, no lines, no hassle
Just bring a blanket, a picnic, a friend or nothing at all! 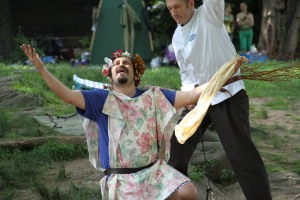 We’ll see you there!

Hey folks…here are some additional shots of Midsummer Night’s Dream rehearsal. Later this week, we’ll give you a sneak peak at the costumes… 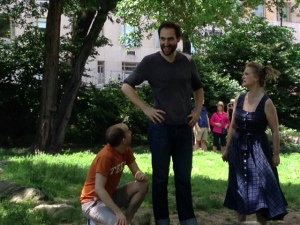 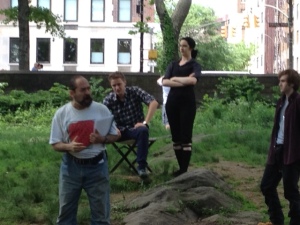 and here’s a quick pic of what rehearsal is really like at times. 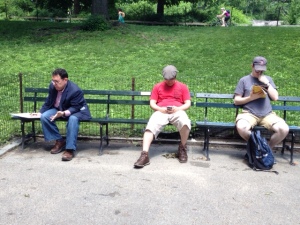