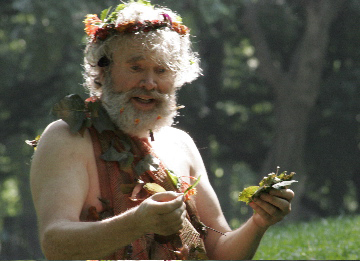 We learned today that a member of the Boomerang extended family passed away last week after a long and heroic battle with multiple myeloma (cancer of the plasma cells).

Bill Fairbairn was a long time actor and collaborator with us on a number of Boomerang projects, beginning in 2002 when he joined the ensemble of Craig Lucas’s PRELUDE TO A KISS at The Actor’s Playground. Following that, he played the Lear in our 2006 park production of KING LEAR. His Lear was another turning point for us as a company, as Bill challenged us to be better as an organization and as artists.

He was an ardent supporter of our work, and generously opened his home in Tribeca many times for gatherings and cast parties. In addition to Boomerang, Bill worked at Jean Cocteau Rep, Oberon Theatre Ensemble, Actor’s Shakespeare Company and many others.

We join Bill’s family in mourning his passing, and in recognizing his extraordinary life. He celebrated his 80th birthday in 2015, and was said to be as dashing and charming as ever. Bill passed away surrounded by his family on Sunday January 10th, 2016.

A memorial service here in NYC will be held in April 2016 for his friends and family to pay their respects. Charitable donations in lieu of flowers are being set up by his family, and we’ll pass all this information along as we receive it.