We’re extremely proud to announce the full schedule for our upcoming  FIRST FLIGHT New Play Festival. We’ve got 5 dynamic and daring new works to present, each with an exciting new point of view on traditional narratives. We can’t wait to share these plays with you. Here we go…

Wednesday March 16th at 7pm
The Snowmaker by Aleks Merilo
Directed by Dominic D’Andrea
In the dead of winter, a teenage girl’s estranged father unexpectedly takes her to a cabin in the isolated woods of Montana. She doesn’t know where he has been for the last 10 years. And she doesn’t know who he is searching for at night, when he stares out the window, with a sawed-off shotgun by his side.
Click here to make a reservation

Thursday March 17th at 7pm
The Marble Muse by Diane Baia Hale
Directed by Cailin Heffernan
When Louisa Lander is commissioned to sculpt Nathaniel Hawthorne, she little suspects the dark journey she will take with the author of The Scarlet Letter.
Click here to make a reservation 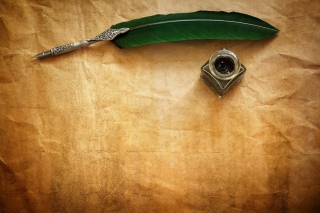 Friday March 18th at 7pm
Incompleat Works by Dennis Agle Jr.
Directed by Tim Errickson
The characters of an unfinished Shakespeare play embark on a quest in modern-day England in an effort to discover how their stories end.
Click here to make a reservation

Saturday March 19th at 4pm
Discreet Global Assets by Lauren Ferebee
Directed by Elizabeth Audley
As the sales reps for Quotidian Industries ratchet up the competition for Annual Review Day, they’re discovering disturbing company secrets that no one should know.
Click here to make a reservation

Saturday March 19th at 7pm
Blanquita by Zack Calhoon
Directed by Kel Haney
When a Senator’s daughter crosses class lines and spends a wild night with the family’s chauffeur, there are witnesses – and consequences.
Click here to make a reservation

The readings will be held in Studio 501 @ CAP21 (18 West 18th Street, 5th floor)
All readings are free, and reservations are required. Reservations can be made at www.boomerangtheatre.org. Donations of $5 per reading are suggested.