In honor of INDIE THEATRE WEEK, we’re showing as much of the wide world of Indie Theatre as possible. On Thursday night, the All for One Theatre Festival had their season launch party. All for One is a new festival highlighting solo performance, and they have a terrific lineup of shows for their coming season. They’ve also partnered with the lovely Jen Conley Darling and the SoloNova festival to co-present a lineup of terrific solo work. Mike Daisey is on AFO’s advisory board, and he delivered a funny and passionate keynote address to kick off the festival’s season. You can check all of their info out here.

Please check out their site, or make a donation to support a new exciting endeavor! 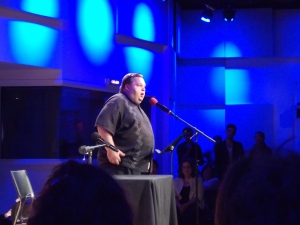