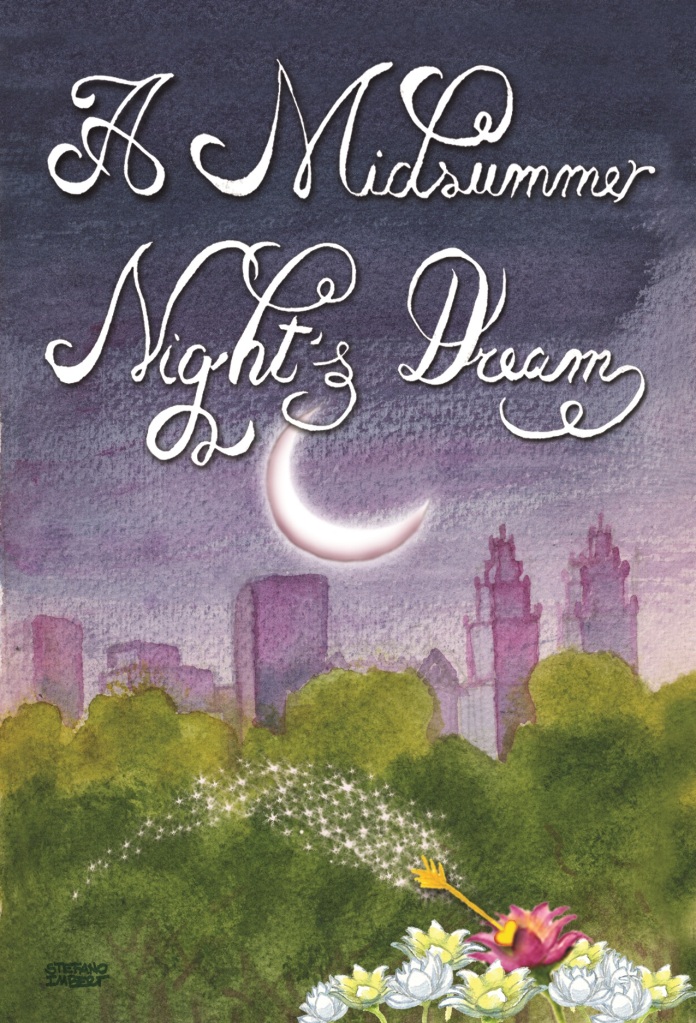 Stefano Imbert has once again produced a tremendous work of art for our upcoming show. This marks Stefano’s 10th illustration for our outdoor Shakespeare productions, in addition to his work on our indoor rep seasons. Stefano will also be designing the artwork for our upcoming production of LOVES LABOURS LOST in Bryant Park later this summer.

I love the simplicity of this image, and the romance of a warm night in New York City. Nothing like a little magic in Central Park in summer!

2 thoughts on “Artwork for A MIDSUMMER NIGHT’S DREAM”